Demodectic mange is the most common type of mange and Demodex, the mites that causes it, are unfortunately the more difficult of the canine mange mites to eradicate. Demodicosis is a serious problem because of the mites’ ability to spread quickly and how deeply they burrow into your dog’s hair follicles and pores.

Demodectic mange is a complex issue that’s rooted in a dog’s immune system. We are ofter asked how long it takes to cure a dog that has it. Pinpointing an exact timeframe is next to impossible because the length of time that a dog has had the problem, the age and breed of the dog, the strength of their immune system, other health conditions and how bad the sores or any infected sites are (if present) all affect the time it takes to turn things around. The general rule of thumb is, the longer a dog has had the condition, the longer it takes to clear it. We’ve had dogs who responded in a month, some that have taken up to 3-4 months. 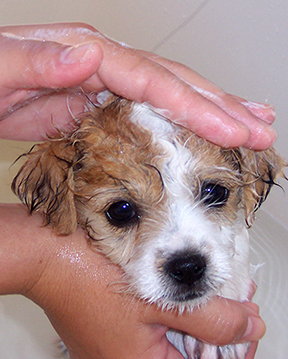 All mange treatments have the same objective, which is to reduce the number of mites but the way they do that and the length of time vary. Traditional treatment can often take up to a year with the most popular (and harsh) treatment protocol.

Mite Avenge® is one of the most gentle options available to tread demodicosis and also one of the fastest. However, steps must be taken with it and all other Demodex treatments to resolve the problem that has upset the dog’s natural immunity to the mites then help rebuild it. Otherwise the mites will come right back as soon as you stop whatever type of treatment you’ve settled on.

There are hundreds of home remedies — too many to get into here. Fortunately, many of them are finally being recognized as useless or or dangerous threats to an animal’s health (think immersion in motor oil, spraying window cleaner or mouthwash on a sick dog or dumping lemon juice on the animal.) There are a variety of treatments offered in animal medicine as well. Unfortunately, the tools and techniques haven’t changed much in decades but here’s a rundown on the more popular options offered by veterinary science:

These are chemical pesticides that permeate a dog’s system, making it toxic to mites. They are often the treatment of choice even though they are not FDA approved for treating mites, but are used on an “off-label” basis.

They are also the slowest and riskiest treatment option. That’s because they’re systemic pesticides that carry a high risk of side effects. Administered orally or by injection, they turn your entire dog into a poisonous food source even though Demodectic mites are not actually eating your dog.

Demodex eat the by-products of a dog, thriving on its yeast, dead skin cells and sebum. Systemic pesticides have to be present in the dog’s system long enough and in a high enough concentration to eventually become part of the animal’s secretions and cellular makeup.

It’s an indirect kill that takes a while to get the mite population down. And as long as there are adult mites, they’re making more mites that will themselves start breeding in 3–4 weeks. And so the cycle goes.

Internal pesticides can be fatal to dogs with the MDR1 mutation and cause reactions in many others. For dogs that can tolerate them, the minimum therapy time is 6 to 8 weeks and can run up to a year.

Amitraz is a pesticide that is poured on a dog to kill mites. It is also the only approved pharmaceutical mite treatment available. Amitraz is a topical, non-systemic pesticide thought to interfere with the mites’ nervous system. But poisoning can occur if a dog ingests or is overexposed to it. Amitraz toxicosis affects the dog’s nervous, endocrine/metabolic, and gastrointestinal systems. Dog breeds known to carry the MDR1 gene mutation, small toy breeds, diabetic dogs should not use Amitraz and it can interfere with other medications your dog may be taking.

Amitraz is applied weekly or bi-weekly for a total of 6-8 treatments. If mites are still present it is considered to be ineffective and another form of treatment is undertaken.

Lime Sulfur dip is a combination of sulfur and lime (sulfurated lime) used to kill mange mites. It’s used as a rinse or dip every 5-7 days to treat mange infections. Treatment is repeated until skin scrapings have been clear of mites for at least a month. Unfortunately, sulfur has a strong offensive odor and the dip should be applied in a well ventilated room. The dip is left on the skin and is not towel dried, and your pet is not washed or allowed to get wet between treatments. It stains jewelry, porous surfaces such as cement, and the white or light-colored coats of pets. Bathing your pet with a benzoyl peroxide shampoo before dipping opens skin follicles and increases mite exposure to the dip. If effective, the duration of lime sulfur treatment is usually 2-3 months.

Many dogs get treated with a combination of several of these options as effectiveness and tolerance varies from dog to dog and trial and error is the only way to tell. 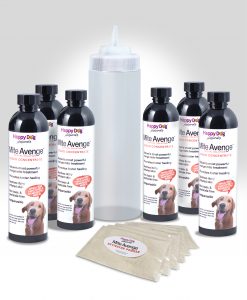 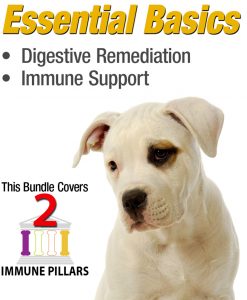