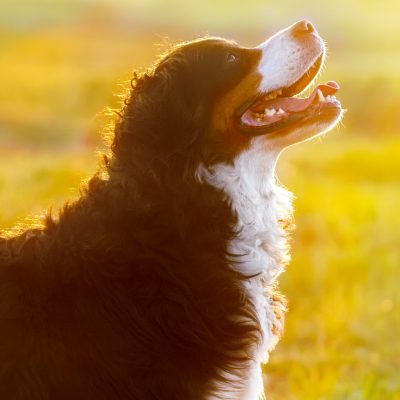 The argument that Demodectic mange is heredity is a real hot potato. And it’s one that will no doubt rage on for years. Age-old conventional medicine staunchly claims it is a genetic defect and dogs that have had Demodectic mange should never be bred. These days, many people call that theory into question. One reason is the fact that it has not been clearly demonstrated that generalized demodicosis is hereditary.

Another is the implausibility of the genetic defect concept. If a particular dog did have a genetic defect that caused it to develop mange, it stands to reason that mange would pop up elsewhere in the family tree. Yet there are plenty of cases where only one dog in generations of its family line developing it. Also – there are plenty of instances where only one puppy in a litter gets it and its siblings are all just fine. So how does that play into the notion that their dog is defective and would have gotten it anyway? If taken part and parcel as a blanket statement, the genetic defect theory shakes out as more of an old wive’s tale.

But there may be a little bit of truth in there because there may be a gray area where genetics could be a factor in why some dogs get mange. What has been proven is is that Demodectic mange is a disease triggered by a weak immune system. The disease occurs across the board, but yes, it does seem to happen more in some breeds than others. Many who disagree with the old-school have floated an alternate theory that suggests that certain breeds may be more predisposed because their immune systems are genetically more fragile.

That doesn’t mean every dog of that breed or even that family has a will develop mange. It means that dogs of that breed have immune systems that are more easily compromised. This seems more realistic to us. For example, of the customers we actually speak with, a larger percentage have Pits and Shepherds than other breeds. But the telling part is that when they think about it, most of those owners can identify what affected their pet’s immune health. Sometimes its a particular event or more commonly it’s age related.

About that age thing — puppies develop Demodectic mange far more often than any other age bracket. (Like about 85% more often!) Juvenile onset (or puppy mange) is rampant because young dogs have immature, thus weak, immune systems. The fact that puppies get mange so often is due to their age, not their genes. Their inherently weak immune systems are constantly under attack by an onslaught of things that impact immune health. Everyday things like vaccinations, neutering and other medical procedures, the amazing amount of stressful things they go through, toxic exposures that their developing systems can’t handle, and more can push a puppy’s immune system right over the edge and the poor thing has no ability to keep from being overrun by mange. Rescue puppies really have a target painted on their backs. They get hit by all of the things mentioned above plus they’ve endured other, sometimes terrible, conditions that deplete their already anemic immune system. The risk of a dog developing Demodectic mange, or puppy mange, drops dramatically after 3 years of age – which coincidentally is the outside limit of when a puppy’s immune system matures and is fully functioning. In a nutshell —the majority of dogs afflicted with Demodectic mange are juveniles. Juvenile dogs have weak immune systems that can easily and dramatically be compromised further by a huge number of everyday occurrences. So if it’s been proven that Demodectic mange happens because of a weak immune system, and the majority of dogs that get it are juveniles weak immune health, it seems like an awful lot of Demodectic mange is age-related. So much for the genetic argument!

As far as neutering a female and not breeding her, there’s a little bit of truth there. But spaying makes sense for practical reasons not genetic ones. Pregnancy and nursing is hard on an immune system. If a femaile has had Demodectic mange once, she has a higher risk of getting it again if her immune system is weakened by the stresses of motherhood. It may be more humane to spay her than run the risk of breeding her right back into a relapse. If spaying is something you choose to do, don’t rush it. Wait at least 6 months after she’s been clear of mites. During that time pump her immune system up as much as possible. At the least this should include heavy immune boosting supplements, probiotics, a great diet, an avoidance of stress and no medical events at all (including vaccinations). Then keep it up for at least 90 days after the surgery. (But if a dog has suffered Demodectic mange, permanent immune boosting measures are really sensible.)