Skip to content
[Updated July 13 2017 to include Cheyletiella information]

Does mange happen more at certain times of the year? Is Mange seasonal? That’s a question we actually get a lot. And the answer is no. The mange mites, Sarcoptic, Demodectic, Cheyletiella, don’t care what time of year it makes your dog miserable. 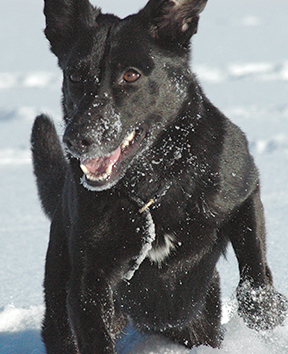 Sarcoptic or Cheyletiella mange is the result of a contagious mite that is transferred by simple contact. Not only can your dog pick it up from another dog, the mites can simply jump aboard if your dog visits an area where another infested host has been in the last day or so.

Dogs, people, raccoons, foxes, rabbits and other wildlife can transmit this hungry parasite so the possibilities of where your dog could contract it are endless. If you live in a place where conditions keep your dog indoors a lot, the chances of it being contracted will obviously be less during those times.

Demodectic mange is caused by an overrun of mites that are naturally present on your dog. They get out of control when the dog’s immune system can’t manage the mite population and cause serious skin disease.

A variety of things can lead to a dog’s natural defenses being compromised. This can be any number of things but age, diet, vaccines, stress and medical issues tend to be the more common triggers. These conditions don’t respect the calendar any more than the mites respect your dog. However, sometimes when a dog starts spending more time indoors owners may notice signs of skin disease that were overlooked during balmier days, leading to the impression that demodectic mange is more common during the winter.

It’s possible, although unlikely, that seasonal allergies could depress a dog’s immune system enough to cause mange and then for the dog to recover without treatment when the allergies subsided. Spontaneous recovery is unusual because once the mite population gets out of control, it starts a cycle of further depressing the immune system that’s hard to break without intervention. Puppies are the ones that usually break this rule, but then, they’re always breaking rules!

Once source of confusion is that other conditions have similar symptoms or appearance as mange. Some of these are in fact seasonal like allergies and Seasonal Alopecia. (Alopecia = hair loss.) I’ve heard people refer to seasonal mange and my best guess is that’s what they’re talking about. As its name suggests, Seasonal Alopecia happens during certain times of the year and results in the animal losing fur, typically in the flank area. Hyperpigmention can also occur which resembles the type of discoloration that often happens to dogs with demodicosis. Seasonal Alopecia recurrs about the same time every year, hence earning the misnomer seasonal mange.

The bottom line is, if your dog develops mange or is diagnosed with mites, take action fast.

There’s little to no chance that mange is going to go away on its own in a few months. Unfortunately, it’s only going to get worse.