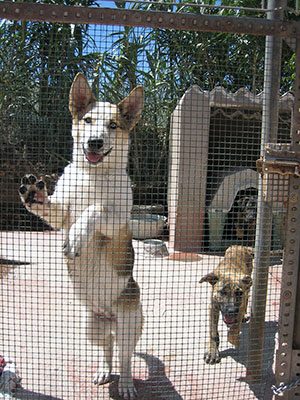 You probably won’t like this answer, but yes, your dog could fall prey to the nasty parasites behind demodectic mange. No dog is immune to Demodex mites. Demodicosis is far more common than other type of canine mange. If you have a puppy, your pet is particularly susceptible. The majority of the dogs that develop demodectic mange are younger animals with immature immune systems. When it affects a puppy, demodectic mange is commonly known as puppy mange.

These drug sensitivities result from a mutation in the multidrug resistance gene (MDR1 gene). The most serious adverse drug reactions involve several antiparasitic agents (ivermectin, milbemycin, moxidectin, doramectin and related drugs) that are the fallback solution used by most traditional vets.

Other troublesome drugs known to cause reactions include the antidiarrheal agent loperamide (Imodium), and several anticancer drugs (vincristine, doxorubicin, others).

Dogs with MDR1 mutations can suffer serious and sometimes fatal reactions to miticidal and antiparacitic treatments.

For any breed known to carry the MDR1 gene, your vet should test for it before beginning treatment with drugs and chemicals. Or better yet, avoid toxic substances, pesticides and harsh drugs altogether! Instead, use nature’s gifts to restore your dog back to health.

Most cases of demodectic mange usually are localized, which means that the patchy hair loss (alopecia) appears only in several limited or confined areas on the dog’s body. Sometimes, the disorder becomes multifocal, meaning that there are defined areas of patchy hair loss that show up on many different areas of the dog’s body. When demodectic mange becomes generalized, it is a much more serious medical condition .